What I'll do next week## 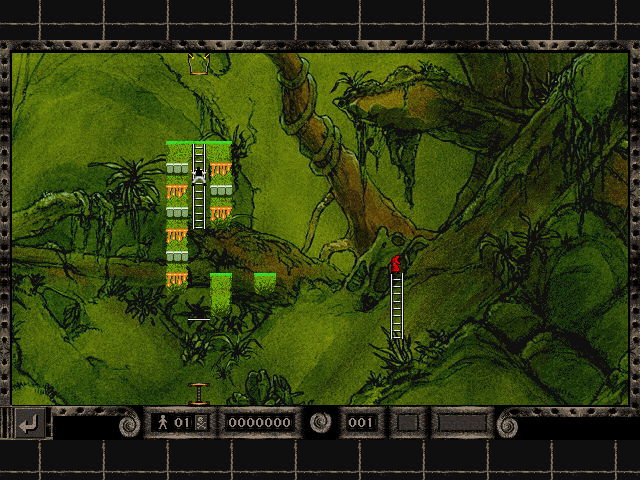 Jake going down a ladder

My rule is to keep functionality the same. Heroes going down ladders and dropping onto a block like below I did not replicate. As you can see, Jake is not holding on to anything at all (right side of the shot). That was tricky to capture - four videos I used recorded of the original to add support for dropping off ladders, each video with several different attempts from different rungs on the ladders and I could only get him holding onto nothing like that once.

I can add support to match the original but since I had the trouble above trying to replicate it, I'm just going to assume it is a random quirk in the original.

Since one of my goals was to remove the OS specific dialogs,…