Lots of fixes this week and a major update to teleports. If you read this update you'll notice that most of the bugs were reported. A big thanks to you all for letting me know.

Work on LAN is coming along, albeit slowly. I should have more to report on this in the coming weeks.

Blast at the X and the monk will run free

Teleports in the game connect to the farthest receiver in the puzzle. The method that I used (and that LodeEdit appears to use), is to measure the length of the distance between the teleport and the receivers. To do that, I use FNA/XNAs Vector2 like this Vector2.Distance(teleport, receiver).

Turns out, the Original Mad Monks' Revenge uses Bresenham's line algorithm to measure the distance (also used for the line tool in the editor) which is why the links didn't match. Thanks to Tim for pointing this out. If you've made puzzles using this rewrite, then the editor will show incorrect links - this isn't a major issue as the game will still play fine as all teleport links are recalculated when loading a puzzle (the Original does this too). 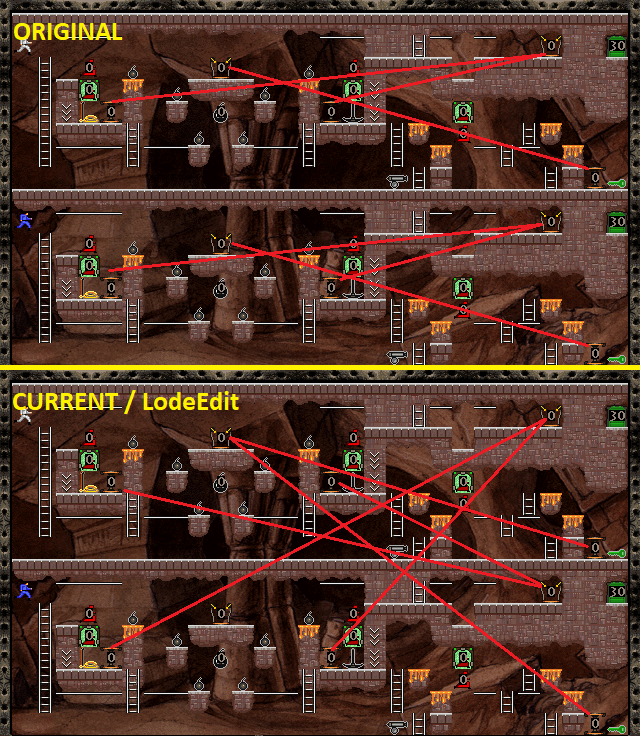 LAN gaming is currently unavailable. I've no ETA at the moment on when it will be ready.