User interface enhancements and LAN gaming overhaul was the focus for this week. Networking is coming along nicely and I expect to be finished for the end of the month update.

New on the LEFT and old on the RIGHT

A minor issue that keeps popping up is the Lode Runner font. This font only has upper-case characters for what you see on an English keyboard. As a result, it makes it a little difficult when you have to enter text or where you ideally need case-sensitivity. I've altered the file dialog and change-title dialog (editor) to use Arial. Both match the game as you can see below.

The excellent (and free) Bitmap font generator was used to create the size 16 font. I've used it before to create the tooltip font and when converting the Lode Runner font to the same format. I've left the sprite sheet as a PNG since it needs more detailed transparency for the font smoothing than the PAK format can support. 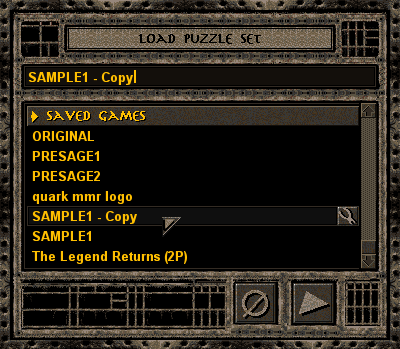 Arial font in the file dialog

Arial font in a text-box