A lot of project maintenance was done this week and quite a few bugs discovered and fixed. Special thanks to Howie for helping to work out how exactly the editor/try/preserve feature will work. This feature is untitled so if you've got a suggestion, just leave a comment or email me.

As usual, head over to the new Lode Runner Online: The Mad Monks' Revenge mini-site for the latest build. 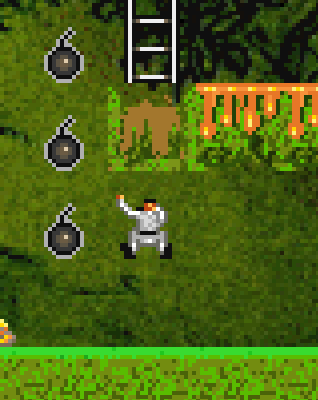 Drowning in the wrong spot