Some of you may have noticed that the the original, studio recorded, CD audio does not come with this rewrite of Lode Runner Online: The Mad Monks' Revenge. The CD audio is available as a DLC (which you can get via the downloads page). The reason it isn't bundled with the game is the 122 megabyte size. Once you do download it, unzip the file and place it in the DATA folder. Start the game and that's it. 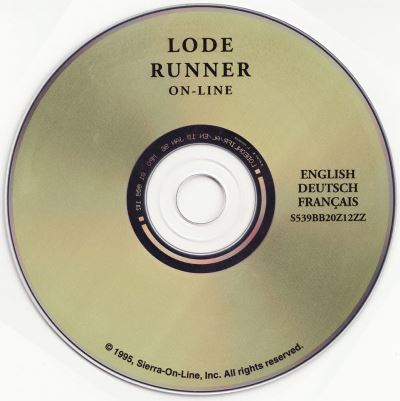 Will I add support to play from the CD?

No. I would have liked to add support to play the audio from the original CD, but this isn't something that can be added easily that will work on all platforms. SDL1 did have cross-platform support to play CDs but not SDL2. From the SDL [migration guide](The 1.2 CD API is completely gone. There's no replacement. Chances are you aren't shipping your music as CD-Audio tracks on a disc at this point, if you're shipping a disc at all.);

The 1.2 CD API is completely gone. There's no replacement. Chances are you aren't shipping your music as CD-Audio tracks on a disc at this point, if you're shipping a disc at all.

SDL1 on Windows machines uses the media control library winmm.dll and the mciSendString command to open, read and play CD audio. This could be added quite easily but controlling the volume of the CD audio is impossible. You can't do it without altering the volume for the entire game. Also, it would mean Windows support only.

I did briefly think of adding the MIDI music from Lode Runner: The Legend Returns to the game for those who don't have the DLC. This went out the window because;

If you are playing the original Lode Runner Online and would like the music, Caleb has a complete list of instructions and a CD image to download on his site, FireYour.It

A few months back Lavi, a build tester, suggested the idea of…

Monk AI got some much needed attention this week. One of the…