September has been one of the busiest months yet on Lode Runner - this month alone has seen 70+ fixes, updates and enhancements. Head on over to the downloads page to get the September edition of Lode Runner: The Mad Monks' Rewrite. Usually there are two developers working on this project but this month my brother has been away for work leaving it all up to me. Still, quite a lot was done.

The next build will be at the end of October. Can't wait until then? Just shoot me an email and I'll send you a patch to try out - just remember that patches may be a little unstable.

Special thanks this month to Kyson and Rick for play testing and finding bugs. Thanks, guys!

Continue reading for a summary of all the fixes, improvements and new features in the September update. 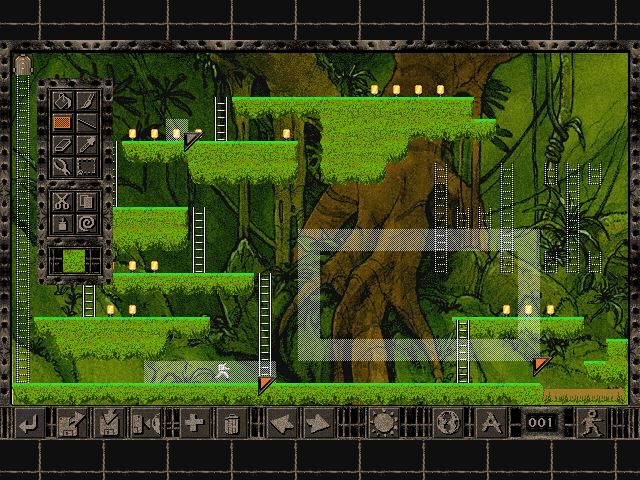 When creating puzzles with lots of teleports and/or receivers, it can get a little confusing. The editor now draws a link between the teleport and the receiver as you can see in the nice video below.

*Monks stealing gold over and over*