This week was all about playing the official single-player puzzle set for The Mad Monks' Revenge and looking for errors + ticking outstanding items of my TODO list.

After reading this weeks update you might think "Christ! That's a lot of bugs...". Well, you're wrong ;) It mightn't look like it, but pick axes are very tricky and involve quite a lot of work. Most of the 'bugs' I've listed aren't really bugs, just not enough detailed testing and this was partly due to having no monk AI. Fear not! I do test this rewrite plenty during each day (read: play) and more and more kinks are being worked out.

Without boasting and excluding parts I haven't done yet, I think my version of Lode Runner Online: The Mad Monks' Revenge is very comparable to the original!

I've also update the blog to have the previous and next enteries down the bottom of each page above the social media stuff. 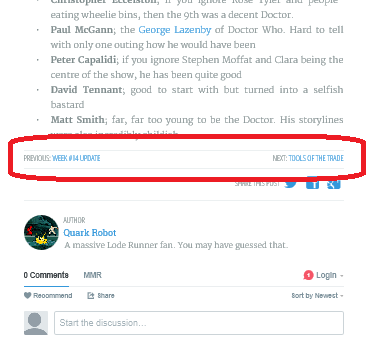