This week was rather light on. All my time was spent on AI with some time squeezed out for fixing some bugs and adding some small extras.

The monk AI is not done yet, sadly. My latest attempt is rather really good, unfortunately, it makes some of the original puzzles unsolvable. I'm working on another attempt now which is somewhat of a cross between A* and the current approach with my 2nd attempt mixed in. So far it looks promising.

Since this entry is a little light, I've thrown in a screenshot showing the new AI. 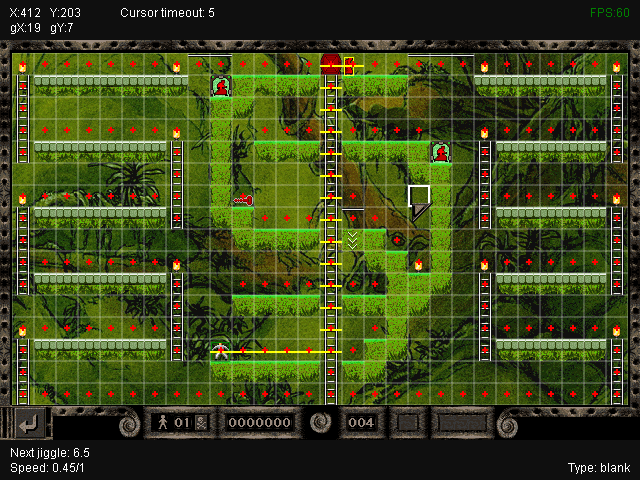 There is no download this week but there will be next so make a note of it. On the plus side, there were very few bugs and quirks found to fix which is always nice.

A name in parenthesis and in bold is the finder of the bug/quirk. Thanks to all, I really do appreciate your time and help. Cheers!