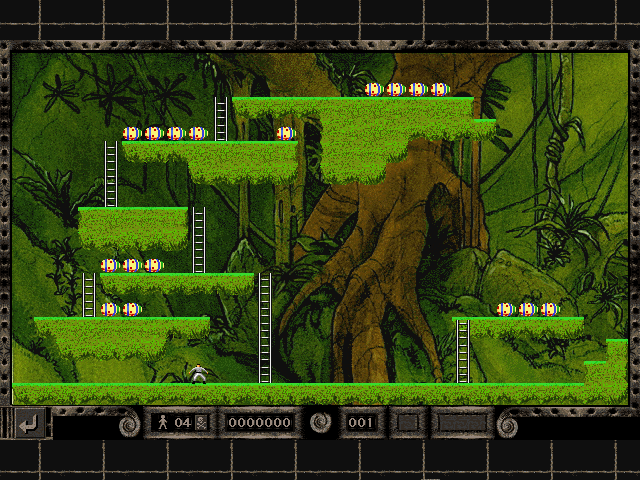 If you enter full-screen mode (ALT+ENTER), depending on your display you should get some pillar boxes down the side and possibly some letter boxes. The background is now scaled and will fill the entire screen. Not a ground-breaking feature but I think it adds a nice little touch.

Screen scaling works quite well on Windows machines but with limited access to Apple machines, it is a little off. Don't worry, the default 640x480 works perfectly still.