This week was focused on improving some accuracy issues against the original Lode Runner Online: The Mad Monks' Revenge, fixing some bugs and adding some extra features to the game. I also found some time to get back into network gameplay which was nice since it has been long overdue. I don't think it will make it into the April build since the month has gotten away from me again.

Jared suggested adding TAB key support to navigate dialogs back in January. It was one of the things I put off fearing it will take a very long time and get very messy. Turns out I was wrong and the whole thing was wrapped up in a matter of hours. You can read up on the new feature in the TAB blog post.

Thanks to Howie for his help in fixing a bug involving monks that could stop a blasted block from 'healing' or regenerating. To easily replicate the bug, immediately blast to your left after the pre-starting pause. 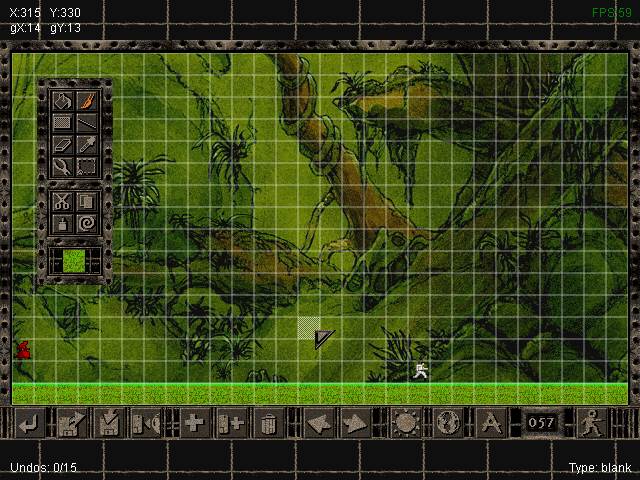 When using the new full-screen, some graphics card drivers don't support a great deal of 4:3 resolutions. This could mean you end up with the game not being as large as you'd like it to be. Howie had this same problem with his 1920x1080 monitor supporting 1280x960.

The config file now has support to manually override the default full-screen behaviour and use the older method. Setting the following to true is all it takes.