Welcome to another delayed blog update! Two factors were involved in the delay; my brother visiting for the weekend and rain. A few of you know that my 4G internet comes via a solar relay 3km behind my house on a mountain. Due to the position of the relay, heavy rain and fog causes the signal to drop out. I plan to move it to a better position in the next couple of months.

You might notice that this blog update is very light. Adding the new runners - Jane (pink) and Digmo (green) - took up nearly all of my time.

The tile palette has been updated to include the new runners. Several mock-ups were made to try and get this right and a lot of time spent getting the items to be logically grouped together while still being familiar to the old layout. 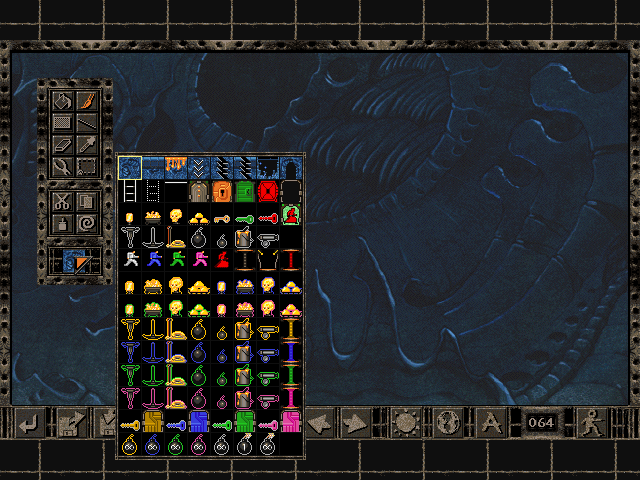