Multiplayer gaming for LAN has been the main work for this week, finishing off all the odds and ends on my to-do list. The new lobby system is also in the works and is very far along. Unfortunately, I don't think it's going to make it into the January build. 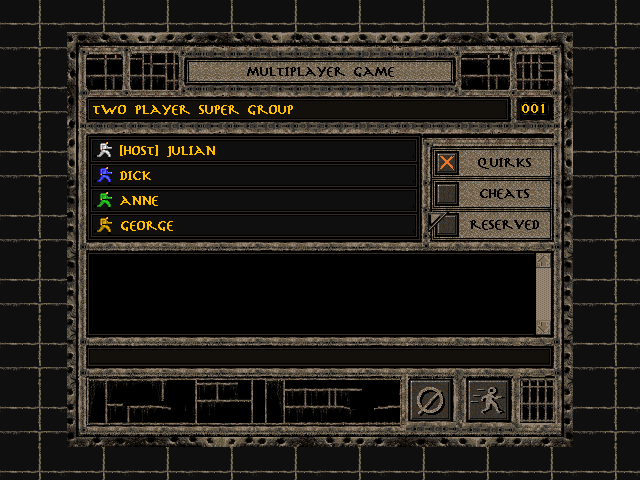 As you can see above, the lobby is well along and mostly working. Like all the other new dialogs, I've spent quite a lot of time trying to match the original style of artwork. There are a few UI tweaks to make;

The networking at the moment is a little like dry-rot - it's spreading about too much - and is a little too complex for my liking. Next week I'll be working on streamlining the code before finalizing the lobby.