Like last weeks post, it appears not a great deal was done. Quite a lot of time was spent fixing the monk AI reported by Steve, Howie, Ali and others. A lot of time was also spent playing LAN games and making a list of things to fix.

The other main item done was streamlining the editor. The code isn't bad but after 3 years, some of it is very decrepit.

Thanks to Leo too for sending me some nice bug videos to work on which I hope to get fixed this coming week.

If you're a keen puzzle maker then don't forget you can now make puzzles with four runners. 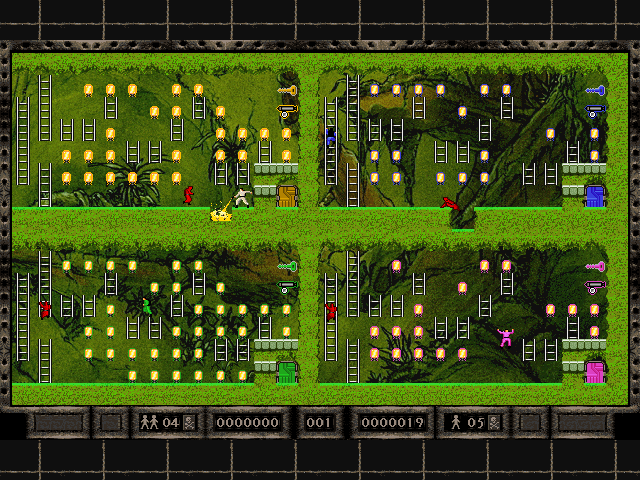 The most important thing fixed this week was monks. Many have reported monks not working correctly - bunching together wrong, merging together, climbing out of holes wrong and a whole whack of other issues. Nearly all of these have now been fixed.

Monks still need quite a fair bit of work to get them to match the Original.