Like the last couple of weeks, most of my time was spent playing LAN games over the Internet with my brother. The rest was spent taking care of some bugs.

There are some differences between this rewrite and the Original game regarding rubble; 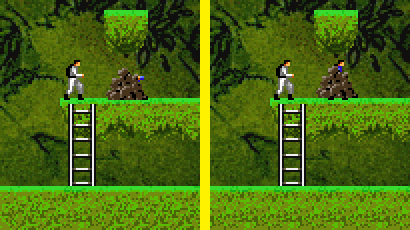 Testing Internet gaming this week has shown an average of 65kb per puzzle in bandwidth with 75% of this originating from the host. We played the excellent Debra puzzle set (ships with all copies of this game) made by Debra Day for Lode Runner: The Legend Returns. Of course, this isn't a set rule: games with more action (lots of monks, tools, blasting, gold collection) going on will use more bandwidth.

If you're only an occasional blog reader you might be wondering why bandwidth matters that much for LAN games or how you access web games. Bandwidth matters since LAN/web games are one and the same so we want to squeeze as many bytes out as we can. As for how you access web games, at this time you can't. If you'd like to play you'll need to use a tunnelling service (such as LogMeIn's Hamachi). 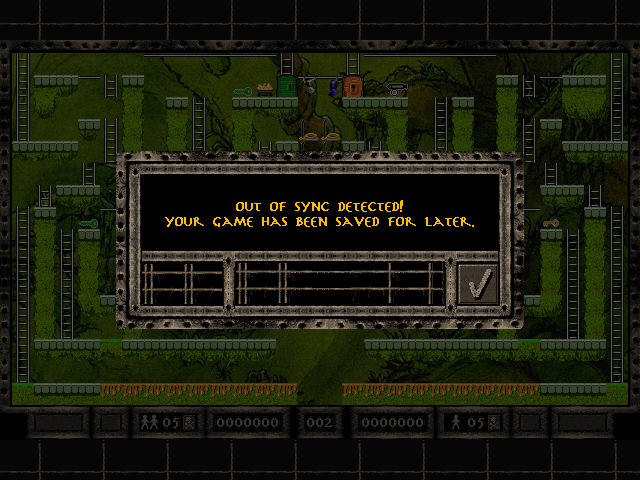 Out of sync message 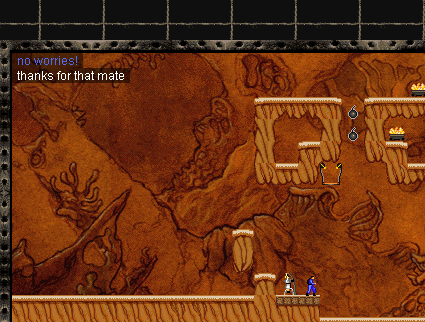 Not a great deal is left to go on the project. This…

Most of this week was spent playing Lode Runner Online: The Mad…