I'll admit, I haven't done an update in a long time. I haven't had much time over the past weeks but this week when I found time, I got into level loading and rendering.

To start off with, I manually created bricks in code so I could work out how to render them in the correct order. 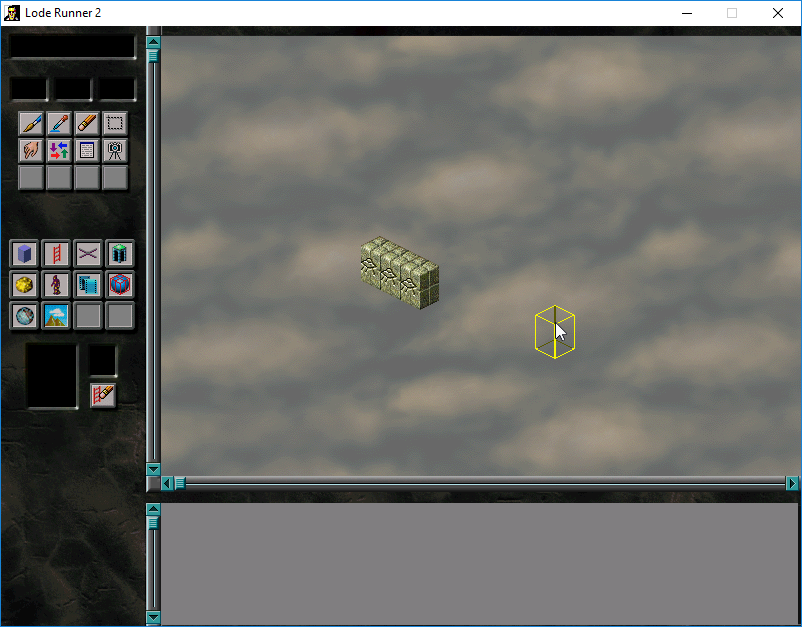 After some success there, I fired up Lode Runner 2 and made a simple test level so I could then experiment with height and attempt to load directly from the saved .LVL file.
For the time being, I'm just skipping over monks and items and just loading the bricks. 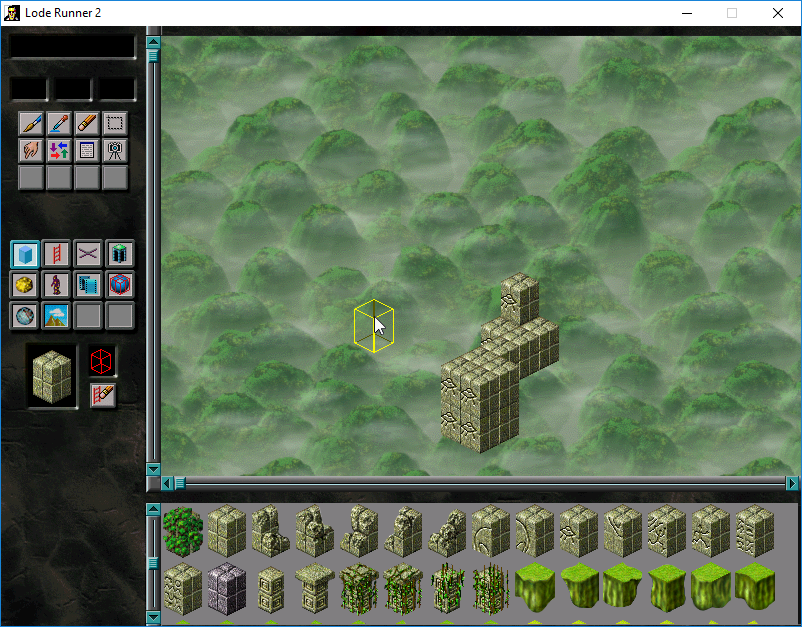 Time for a real level

After that worked, I thought I'd just grab an actual puzzle and try loading that. 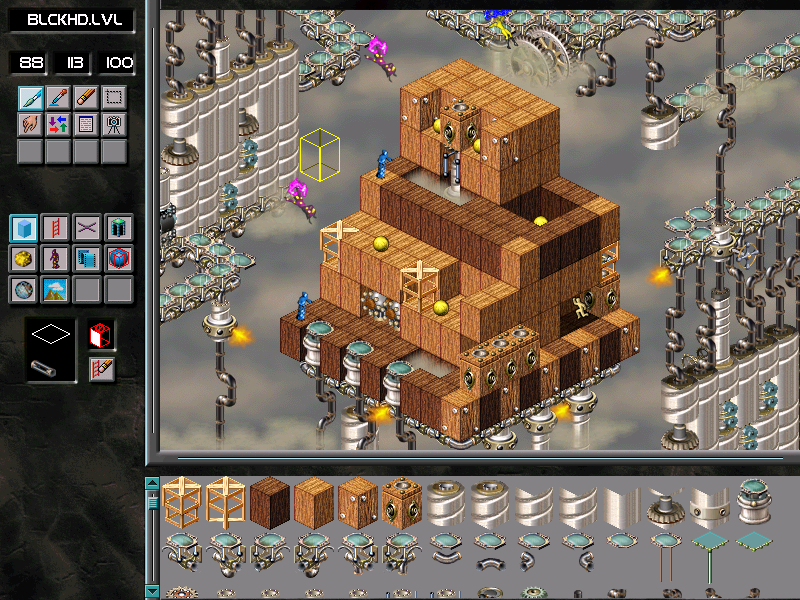 Original 'BLCKHD' level from the CD 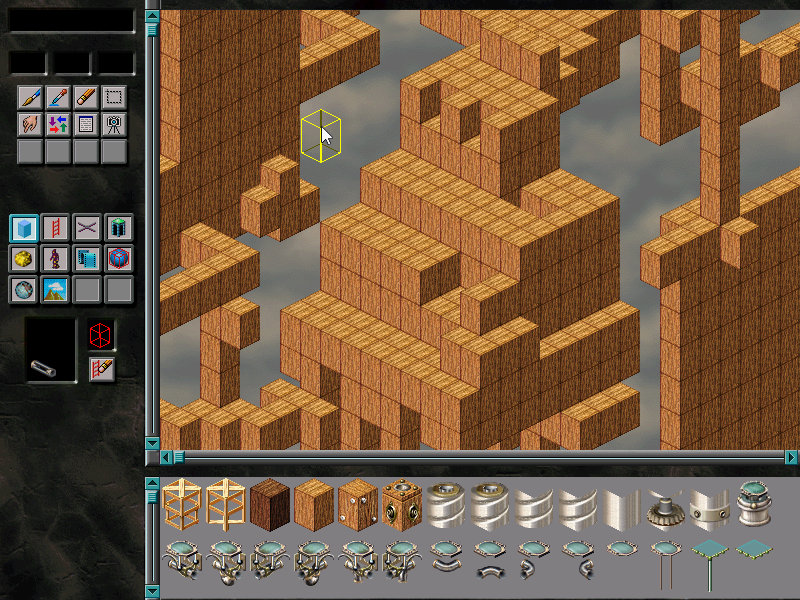 Initial attempt to just get it rendering correctly 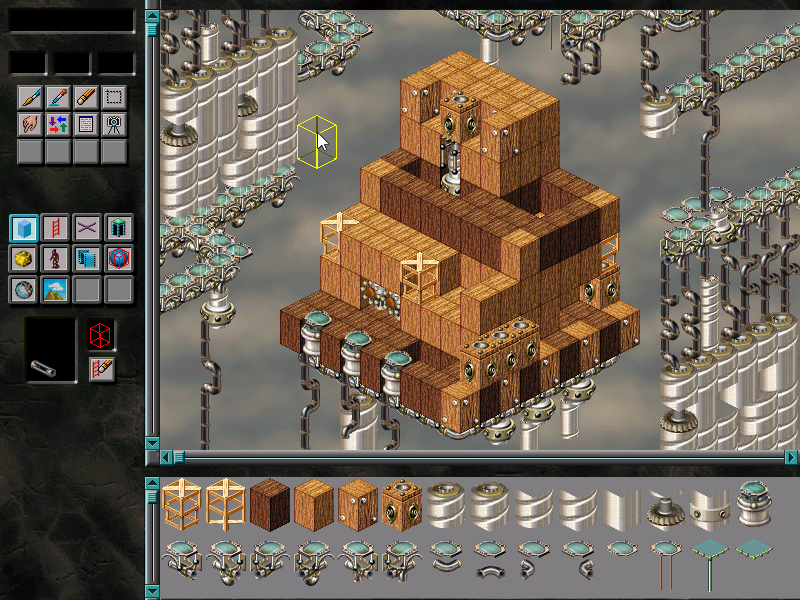 I will be on holidays for a week then I'll get back into the following: