This build was all about improving Mad Monk hump 'n bump/catch and release policy. This is what I call monks pausing and waiting on other monks and, unfortunately, has been problematic for some time. I took the time and completely rewrote it from scratch and am very happy with the result!

The other main feature this month is massive improvements to LAN gaming. A lot of time went into fixing and testing. Again, I'm quite pleased with the result.

The October build also includes a whack of fixes/tweaks to gameplay to make this rewrite match the Original more closely and items added to the 1983/classic rules mode. The editor boasts two new features to make creating puzzles a little easier and quicker.

What are you waiting for? Head on over to the downloads page page and get a copy!
Special thanks this month go to Howie, Leandro, Steve, Jeffrey, Artyom, TJ + everyone who downloaded the September (or any previous) build.

This monthly post covers the highlights from the last month of work. If you like to read the weekly update posts featured in this build, you can find them here: weeks #40, #41, #42, and #43

Continue reading for a summary of all the fixes, improvements and new features in the October update. 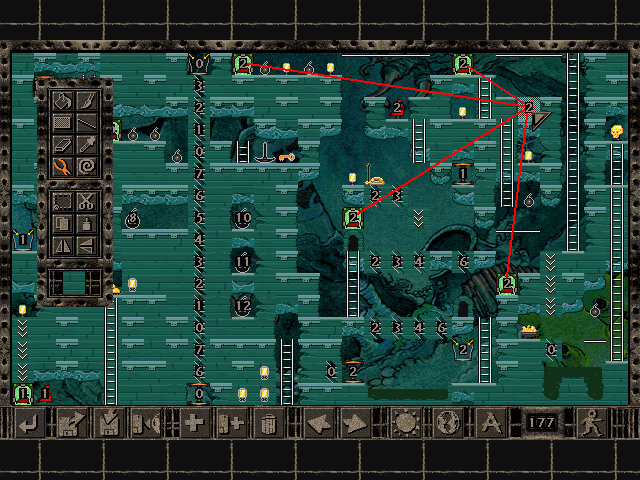 Links now show when adjusting either a monk or monk door

*Painting with the line tool*