Quite a bit! A lot more polishing of the game menus, bug fixes, gameplay tweaks and high score tables.

My brother and I have been discussing what we can do with the modem play button on the main menu. Why? You don't need it as all the modern game types are covered: single, two player on the same PC and networking. We've come up with moving the editor icon to the modem spot and making it bigger, moving the settings button to the old editor button and putting in an exit button in its place. 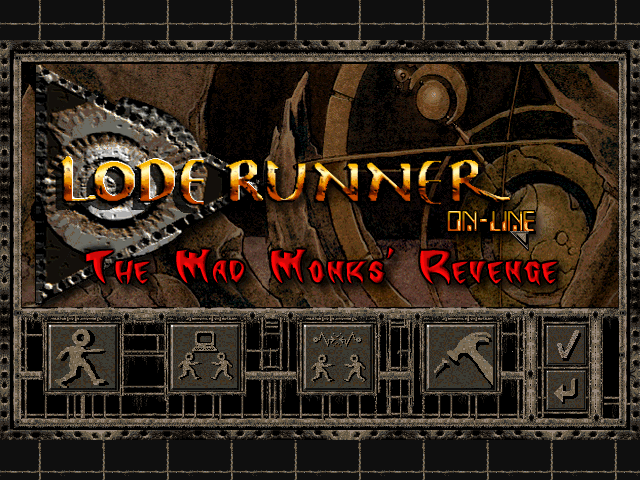 New this week is the high score screen on the main menu with the original checkerboard transition effect.