This week has been a bumper week. Lots of bugs and quirks have been fixed, the credits added and loads of play-testing on all platforms (Windows, Linux and Mac). Special thanks to Lavi, Adam and Mark for helping me out with testing. Thanks guys!

The ***** means all credit to Lavi for finding the bug.

Remember to head over to the downloads page if you haven't already and try out a copy for yourself.

The original on the left and the mod on the right 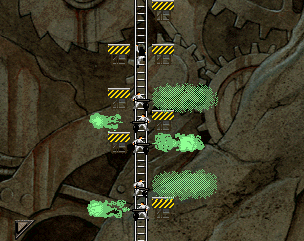 This illustrates how a tool is used on a ladder. The hero will use the tool to the side that is free, preferring the right