Welcome to another bumper two weeks worth of updates! What is the reason for this combined weekly post? The same as the last one really; a week with reduced development time and travelling. Fear not though, loads and loads did get done - enough to add the bumper post tag to this post. 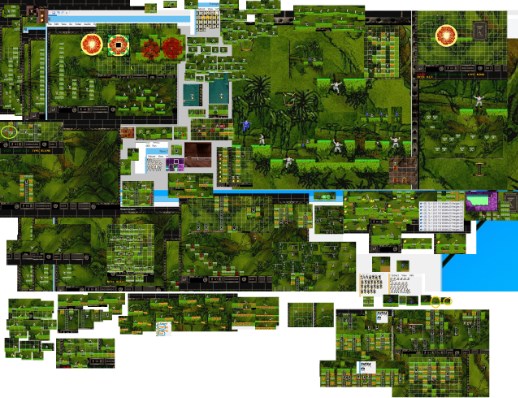 2560x2000 pixel bitmap of errors and animation tests for heroes

The AI for the monks in Lode Runner Online: The Mad Monks' Revenge has been somewhat a thorn in my side for many months now. It's one of those things I keep putting off and putting off because I dread it and the time it will take. The first half of week #25 marked the second week of working straight on the AI.

You may remember that two weeks ago I said I abandoned the original and week 24's attempt at AI and started again... that lasted two days. Well, one and a half really, with one day off and half a day producing an AI attempt that didn't remotely match the original. After many hours thinking non-stop and playing the original game, I decided my 2nd attempt was very close and worked out how I could improve upon it. This actually turned out to be an excellent AI with only one downside: it didn't match the original. Since that (as you'd agree) is a major no-no, I went back to my original method and made a whack of sweeping changes to path the way for much easier tweaks. Not a lot of this work will be visually evident in the current download but rest assured that I am working on the AI constantly from now on.

Last weekend I went to Newcastle to visit my brother. This turned out quite good for Lode Runner since we mostly tested two-player mode and found several bugs that needed fixing (and fixed two of them together). The rest of the time was spent playing Geometry Wars 3 on his Xbox One and watching films on Netflix. It was just like old times except instead of me being the co-pilot and my brother taking the lead, I got to be the pilot. I'm talking about fixing the bugs in Lode Runner by the way, not Geometry Wars.

Please head over to the downloads page and download the latest update of Lode Runner. When fixing a bug/quirk, occasionally I do break something existing or introduce something else. I do lots of testing to make sure this doesn't happen but unfortunately some do sneak in through the cracks. Remember: if you find a bug, something odd or something that isn't supposed to happen and didn't previously, please let me know.

A name in parenthesis and in bold is the finder of the bug/quirk. Thanks to all, I really do appreciate your time and help. Cheers!

Original on the left and the new on the right 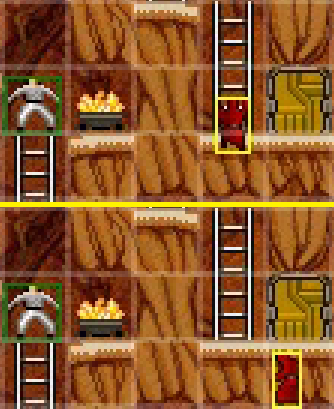