Quite a few minor bugs fixed this week and one major bug: monks teleporting to the left side of the screen. If you're using a recent build, you'll just get a crash with the "Uh-oh" message. This has now been fixed which I'm really chuffed with as playing a puzzle with a monk it was like Russian roulette not knowing if it would crash.

This Lode Runner Online: The Mad Monks' Revenge now has full gamepad support. This is not a ground-breaking feature as you'll remember that the original does have joystick support. Gamepads are a lot easier to use and pretty much the same across different manufactures. The only remaining tasks are to add more vibration/feedback and add support for two controllers on the one machine (two-player games). 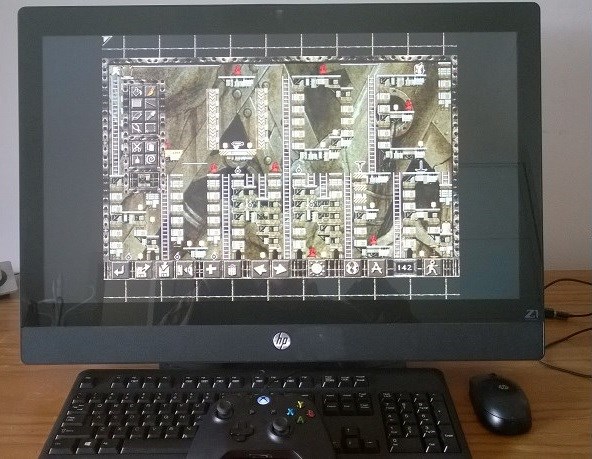 The AI still has some ways to go but since the last several builds, the monks are far more stable. One of the main things to work on is pausing monks when they bump into each other. This needs quite a lot of work. At the moment, several puzzles are unsolvable (like puzzle 19) or the monks get stuck. I think the problem is I'm over-complicating this when it could probably done rather simply.

How to make proper coloured GIF

What I've done this week## This week was all about improvement. Monk…