Quite a lot of time was spent analyzing the save game format of the original Lode Runner Online: The Mad Monks' Revenge with little success. Unfortunately, the format is not as straight-forward as Lode Runner 2 (to prevent rampant cheating I suspect), nor does it follow the same similarity that all other Presage resources share.

If you are interested in Lode Runner 2 and the technical stuff, I highly recommend having a look at Anthony Kozar's site.

The only definitive items I've identified in the puzzle format is the puzzle header, single/two-player mode and if you are playing the official puzzles. I think I've identified where the puzzle filename is stored but I honestly can't be sure. It is quite clear that the file is encrypted/cyphered in some way.
While it would be nice to load old saved puzzles, this is not a major drawcard.

The main thing started last week was local networking using the Lidgren Network Gen3 library. It's in early stages, but so far you can; 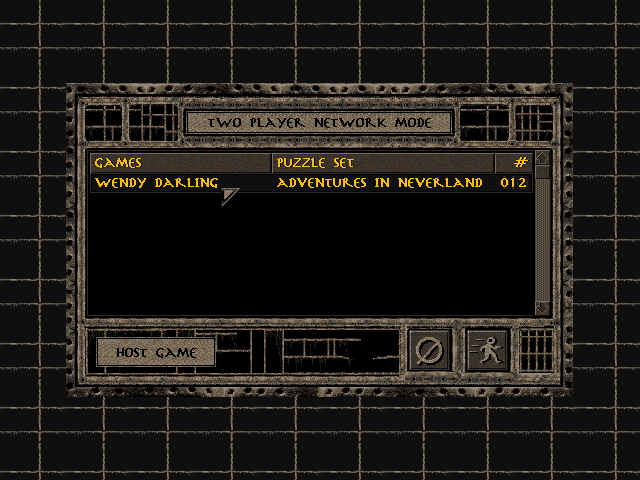 Join a game or host your own

No gameplay has started yet, I want to get the basics in and working. Hopefully they'll be basic gameplay by the August update. I'll also being doing a more detailed LAN post later this week or next week some time.

Well, solving puzzle 19 was short lived. It appears it is broken again. I'm going to spend next week working on both LAN gaming and monk AI. I think I have an idea of what is wrong and will hopefully look into this before the August update.