Week #4 was a bumper week! Loads of progress was made, especially with the Mad Monks. If you ignore the pre-menu logos, scoreboards and fluff like that, then the game hasn't got too long to go. Once the monk AI is in you should be able to play the game singularly or head-to-head, which is a massive step forward to being complete. Fluff + networking = complete game.

The path-finding for the monks is being done by my Brother. He is doing pretty much 99% of the monk AI so he will write a nice long post on this soon. In the meantime, here is a screen-shot showing nodes (red squares) and connecting tiles (yellow lines). As you can see, there are quite a few errors but you get the general idea. 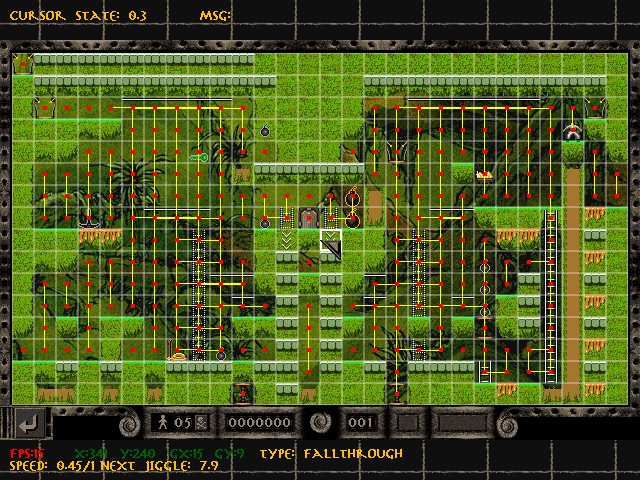