Week nine has been another bumper week! The AI progressed quite a lot, audio via the streaming of Ogg files was finally completed, tooltips added and a whack of bug fixes and tweaks. 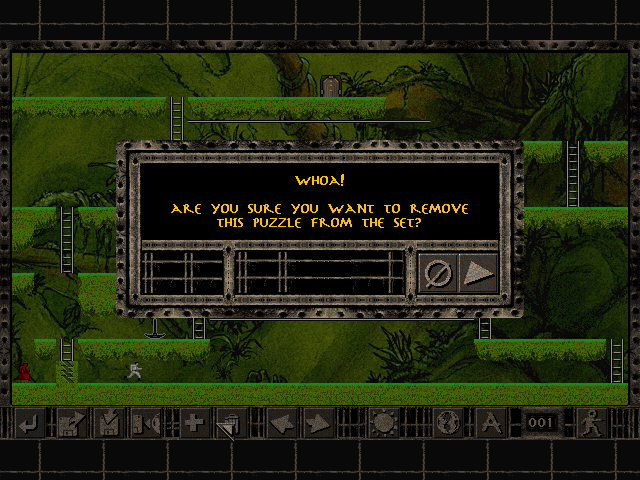 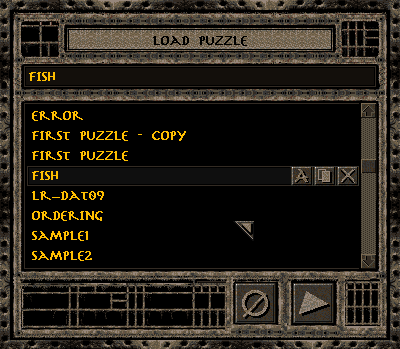 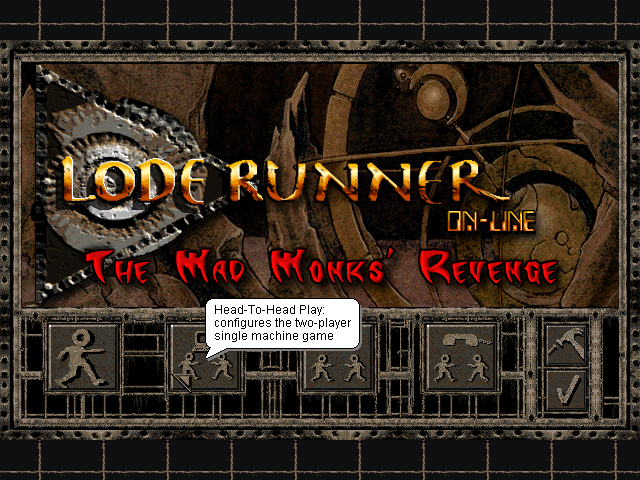 Recreation of the original tooltips

Originally, I planned to ditch the tooltips because I thought they were too Windows 95. After replacing them with a very basic black box with white outline and white text, they looked pretty poor and I found myself liking the orginal. So, the original tooltips are back!

The original text won't be staying though, mainly because it is worded for robots & like the image above, contains errors (i.e. there is no "Head-To-Head", just co-op). 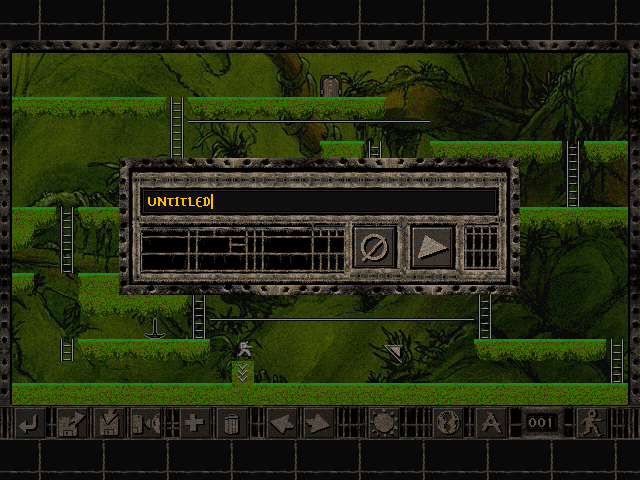 Progressing with the AI is my main focus this upcoming week. There are several standout bits that match the very original Lode Runner by the late and great Doug Smith but not the Presage version that this Mad Monks' Revenge rewrite replicates.