A few things discovered with the March build have been fixed and the downloads all updated. These bugs (marked with an asterisk) greatly affected performance and in some cases, rendered the gameplay impossible. If you downloaded the March build the day it was released, you'll need to re-download the build to fix these issues.

Very early builds frequently featured players randomly "teleporting" to the sides and tops of a puzzle. It took a while to find the cause and fix the issue. Turns out, it wasn't completely fixed for some scenarios - mainly monks on ladders. It's been taken care of now. Below is a video made by Leandro showing how easy it was to get the bug. Altering the game window (such as moving it or toggling full-screen) on Windows would also cause teleporting.

The reason behind it all is some animations need their position tweaked in order to get a nice transition from one to another (example: running from idle or idle from run, climb ladder from climb down ladder). The way the Presage animation files work, each frame have a different X and Y offset so it is far easier to get the final position of an animation after it has finished drawing. If an animation is swapped from one to another and then used, it won't have had a chance to draw yet. The same goes when you move the game window or toggle full-screen - the game falls behind so some draw calls are dropped in order to catch up [source]. This results in a draw position of zero = teleport.

I was watching television last night and the thought "do I have a copy of all the new artwork (dialogs, cut-scenes fonts) or does my machine have the only one?". Frighteningly, it was the latter. I've made a complete backup. All the work can just be extracted out of the Presage files but I won't have the source files in case I need them later on.

Special thanks this week to Leandro, Jayde and Jared for their continual testing of this project. Leandro has been helping me to find the cause of builds after January not launching on his Windows 8 machine and Jayde and Jared with their testing uncovered quite a whack of bugs and inconsistencies VS the Original. A few more bugs were found but will be fixed next week. 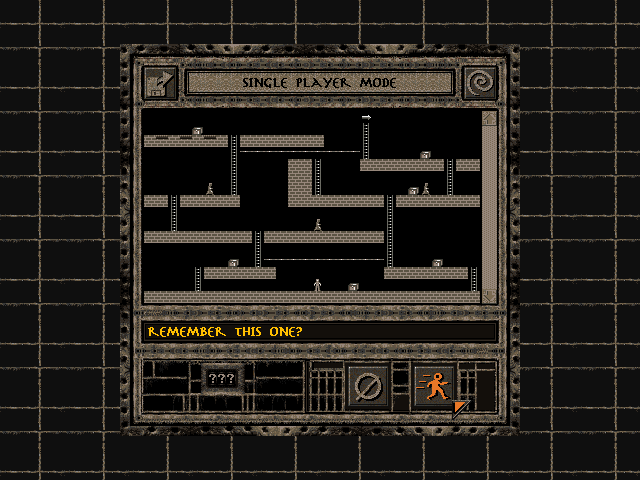 Proper restore of a game saved in a secret puzzle