The main focus this week was brining LAN games in-line with local machines games. Thing such as cheating, transferring lives (a feature of the original Lode Runner Online: The Mad Monks' Revenge that I always forget), restarting puzzles and other UI elements. LAN cheating was also worked on this week.

Monk AI when a runner cannot be reached (in a hidey-hole for example) took up quite a lot of time. You may have noticed I've made a half-hearted attempt to solve this when the monk(s) are on the row 2nd from the bottom... this was more of a proof of concept or test try. Continue reading this update for the nitty-gritty details.

With the help of Adam, older Gravis Gamepad Pro USB controllers now mostly work under OS X. At the moment the left and right dpad buttons don't work. If you have a controller that doesn't work with Lode Runner, please download the SDL2 Gamepad tool and follow the instructions. Just add the output to the gamecontrollerdb.txt file that is with the execute and the gamepad should work. Please send me the new mappings so I can update the file on GitHub.

If you are in the market for a new controller, I recommend you get yourself a Microsoft Xbox One controller which works well on all platforms (Xbox One, Windows, OS X and Linux). You can see Lode Runner working on OS X with one here.

We've decided to change the blog logo every month. Since there are twelve months per year, and as luck would have it, twelve worlds in Lode Runner Online, you'll now see a new blog logo each month. Being the 9th month in the year, this month now has the 9th world - Industrial/Meltdown Metropolis.

Finally, just a reminder to those who try out the monthly builds; you can toggle between full-screen and windowed mode by pressing ALT+ENTER. The upcoming September build at the end of the month will have this toggled to start with. 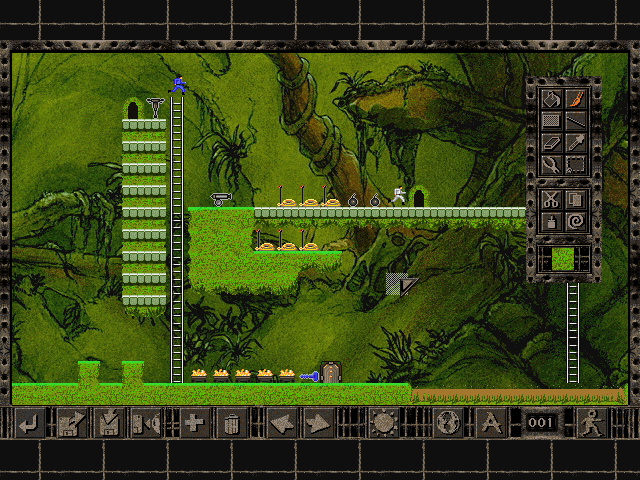 The original Lode Runner Online: The Mad Monks' Revenge still has quite a few secrets that I don't understand. The sounds that play after exiting a puzzle is one of them. It appears the sound plays in the 1st puzzle and every 4th puzzle in the set and that one of three sounds is chosen at random. Like the original, this feature only works for single player and when the audio effects are enabled.

Getting the most out of the editor