The editor doesn't get much done apart from little tweaks since it was the first area of the project I started on. All functionality of the original is present and has been for over a year now. New features and enhancements this week allow for greater speed when using the keyboard to paint a puzzle, a config tweak for puzzle pros and support to move the toolbox anywhere on the screen.

A local scoreboard was added this week - a much requested and long overdue feature. It works the same as the Original Lode Runner Online: The Mad Monks' Revenge but with some updates to the UI. You can read all about it the scoreboard post. 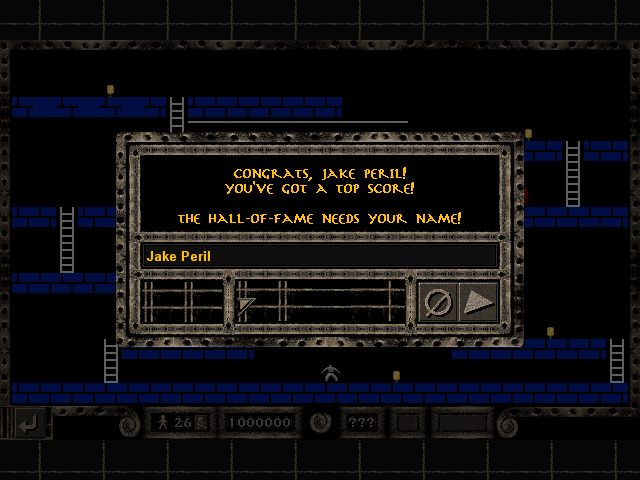 Welcome to the hall-of-fame!

Just in case you aren't a regular blog reader, support for full-screen without pillarboxes was added last build. You can read about this feature in the week #12 update. Now we've no longer got vertical black bars and more screen real estate, why not add support to allow the editor toolbox to move anywhere on the screen? 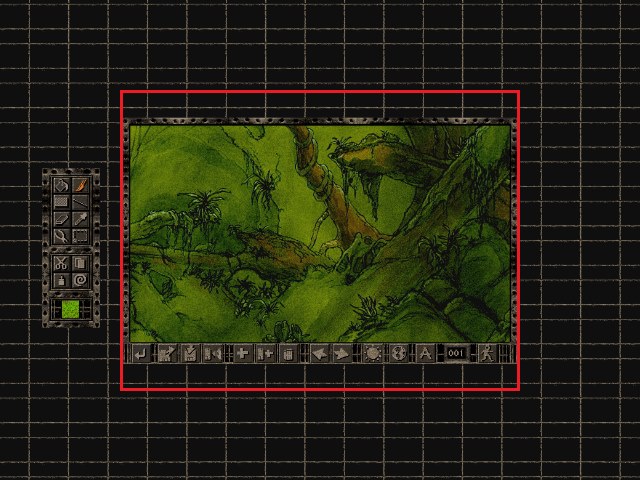 If you're in windowed mode, the toolbox can move anywhere within the red box in the image above. If you're in full-screen mode then you can move the toolbox anywhere on the screen. The Original allowed this when toggling full-screen with the Windows compatibility settings (don't check "Run in 640 x 480 screen resolution") which was incredibly handy when spending a lot of time editing puzzles by not having to constantly move the toolbox out of the way.

If you're in full-screen mode and the toolbox is outside of the default 640x480 game window, it will be set to the nearest position within the editor window. Remember, you can set the toolbox back to the default position anytime by double-clicking on the toolbox border.

The editor now allows the use of the 1983 keyboard edit shortcuts, suggested by Jeffrey. Of course, you don't have to be making puzzles with the Original/secret theme in order to use them. Combine this with TAB key support and you can nearly use the keyboard entirely to create puzzles without touching your mouse.

Remember to read up on how to get the most out the editor to speed up your puzzle creation.